All members hold human resources positions in the hospitality industry

The Hospitality Human Resources Association of Broward County meets monthly – the first Thursday of each month.
Our first meeting was held in March 1998

Our mission is to educate and develop Human Resources professionals not only benefiting them, but also their organizations.

April has been in Human Resources since 1996. She has been in the hospitality business for the past 30 years working in Human Resources for hotels such as HEI Hotels- Sheraton Airport, Renaissance Cruise Port and Residence Inn Clearwater for 9 years. Prior to that the Pelican Grand Beach Resort, Hilton Hotels Corporation and the Ramada Plaza Beach Resort for ten years, five as Food & Beverage Director.

She has been a member of the HHRABC since it first began in 1998. 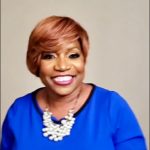 Dr. Shelly Cameron is an Author, Coach, and HR/OD Consultant. She consults with organizations going through strategic systems and/or people change, as well as personally with mid-career Managers and Professionals going through transition.

With Doctorate in Education/Organizational Leadership; Masters Health Administration, and Masters Human Resource Management, Dr. Cameron has worked with major Pharmaceutical Giant GlaxoSmithKline International, managing its Human Resource portfolio for countries in the Caribbean and Central America for over 14 years. She has also consulted with diverse industries including Hospitality, Healthcare, Media, and Education across South Florida and other states for more than 10 years.

Dr. Cameron also partners with the Institute of Caribbean Studies in Washington DC, advocating on various community development issues at the State Department and other leading Government entities. She serves as chief judge for the annual 30 Under 30 Millennials at The Inter-American Development Bank, Washington DC.

Her research “The Leadership Challenge” was recognized by Nova Southeastern University and published in the Journal of American Academy of Business Cambridge (JAABC). Through her books and seminars on Leadership, Success Strategies, and Career Development, she has appeared in the media including the Miami Herald, and on several Radio shows in New York, and Baltimore Maryland.

Dr. Shelly Cameron has been a member of HHRABC since 2014.

Born and raised in Brooklyn, N.Y., Freyda is a graduate of Brooklyn College where she met her husband of 52 years. She moved to South Florida shortly after getting married. Freyda is a founding member and past Treasurer for the Hospitality Human Resources Association of Broward County.

Freyda worked for the State of Florida for 35 years. Many of those years were spent recruiting staff for new hotel properties as they opened, and as liaison with the hospitality industry. Her last assignment was the Supervisor of the Business Services Hub of WorkForce One in Ft. Lauderdale. She is now retired and volunteered at The Humane Society of Greater Miami for more than 15 years until Covid shut the program.

Freyda is very active in the International Association of Workforce Professionals, having served locally, as State President, as District Rep. for Florida and Georgia, and on the International Executive Board. She has been the Secretary for the South Florida Hospitality Human Resources Association since 1989, and Treasurer since 2015. In addition, she has served as the Secretary of her Homeowners Association for the past 10 years and continues in that role.

Eleanore Salinel received her bachelor’s in public relations and journalism in 2017. Upon graduating, she started her career in the digital marketing industry as a marketing coordinator. After a year and a half of working on blogs and figuring out social media tactics, her passion moved elsewhere. Eleanore always had a knack for customer service, and after taking a month’s break off to explore Europe – fate drove her into the hospitality industry.

She started working at Courtyard by Marriott Fort Lauderdale East as a front desk agent in 2019. During this time, she realized that she enjoyed training her coworkers and making sure they left work with a smile on their faces. With this notion, she thought of furthering her career by starting her master’s in human resources. Now an MBA student, Eleanore is excited to embark on the new challenges and opportunities that are set forth for her.